Time sure flies, the first month of 2020 has gone, and we are now entering February!  Well, the cryptocurrency markets have started the year well with Bitcoin now over $9,000.  February has traditionally been a good month for cryptocurrency, and I expect Bitcoin to hit $10,000 this month.  I also have ten reasons to believe that Bitcoin will pass $15,000 in 2020 as follows: 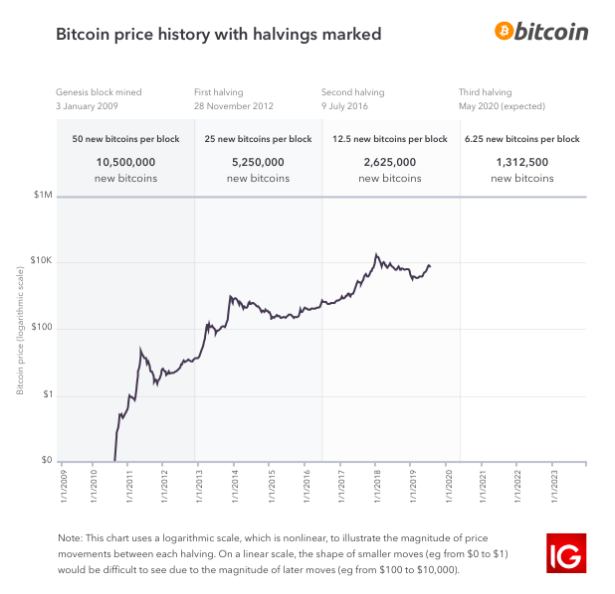 Bitcoin halving occurs every four years, and it will happen this year sometime around May 20, 2020.  The mining reward will be halved from 12.5 BTC to 6.25 BTC.  Bitcoin halvings will occur every 210,000 blocks until around 2140 when all 21 million coins will have been mined.  Following the economic basics of supply and demand, less Bitcoin mined causes less supply so the demand, the price, goes up accordingly.

As the chart in figure 1 shows, the price in Bitcoin always rises in the long-term after a halving event.  Though the price doesn’t shoot up right away, in months and years that follow a halving, the Bitcoin price goes up.

What I expect to occur around May 20, 2020, is that many speculators will purchase some Bitcoin a few days before the halving date, thereby causing the Bitcoin price to rise significantly.  Then, afterward, there will be a significant selloff—kind of like a pump and dump.  Though in the months after that, the price of Bitcoin will steadily increase to pass the $15,000 mark.

Reason #2: Bitcoins are lost every year 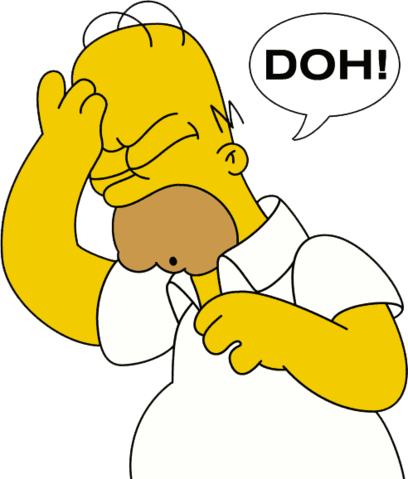 Another factor that will lessen the supply of available Bitcoin is lost or “forgotten” coins.  Every year, some BTC is accidentally lost or forgotten in hard drives, mobile wallets, or paper wallets.  Coins can also be “lost” through user error, for example, by sending coins to an invalid address.  With so many forks of Bitcoin now, it’s more commonplace for this to occur.  Furthermore, we just went through a significant bear market in the last two years, so many people just lost faith in Bitcoin and other cryptocurrencies, so they lost track of them this way as well.

Reason #3: The US Stock Market has a high chance of correcting or crashing 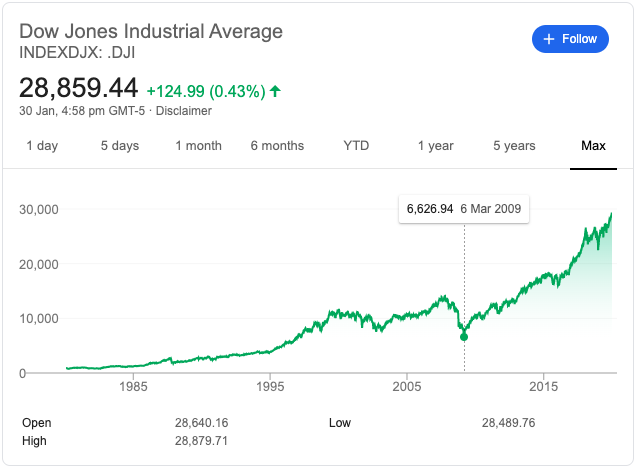 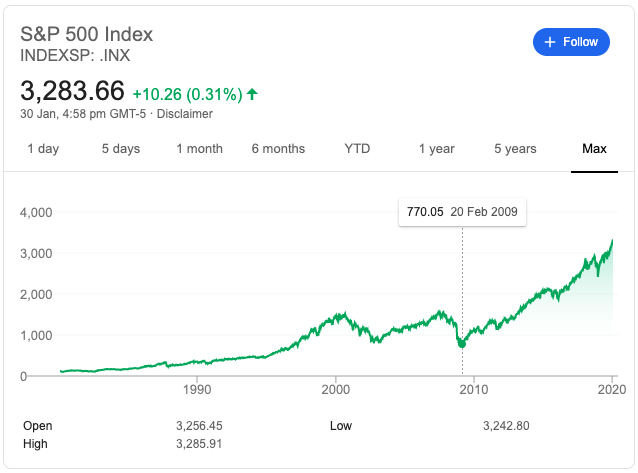 The US Stock market has been in an overall bull run since 2009, almost 11 years now!  In a sound market, there are pull-backs every eight years or so, but the US stock market is unnatural.  The stock market has been propped up by the central bank, the Fed, by many quantitative easing programs and zero interest rate policies.

It would not surprise me to see a significant correction in the stock market this year.  A pull-back of at least 20% might occur, but I wouldn’t be surprised if there is a major crash of 50% or more!

Here is just a tip for those of you still in the US stock market.  It’s a seller’s market now, so dump some of your holdings and transfer them to undervalued assets such as commodities and cryptocurrency. 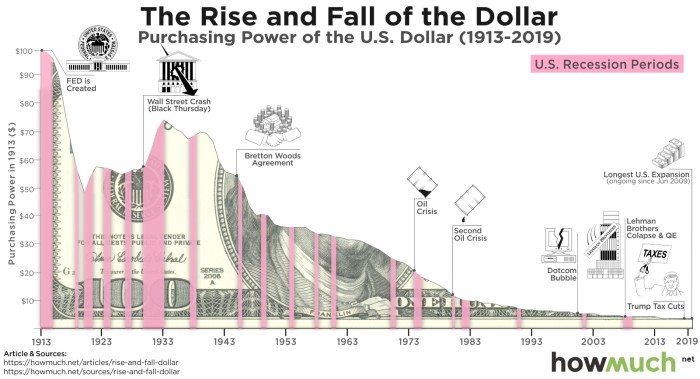 Figure 4: The declining buying power of the US Dollar

Let’s face it–the US Dollar is losing world reserve currency status!  Many countries such as Russia and China are using their own currencies for international trade and bypassing the US dollar.  This trend will undoubtedly continue.  As fewer people see the US dollar as a safe haven, they will allocate more of their portfolio to more speculative assets such as cryptocurrencies, thereby driving the Bitcoin price up. 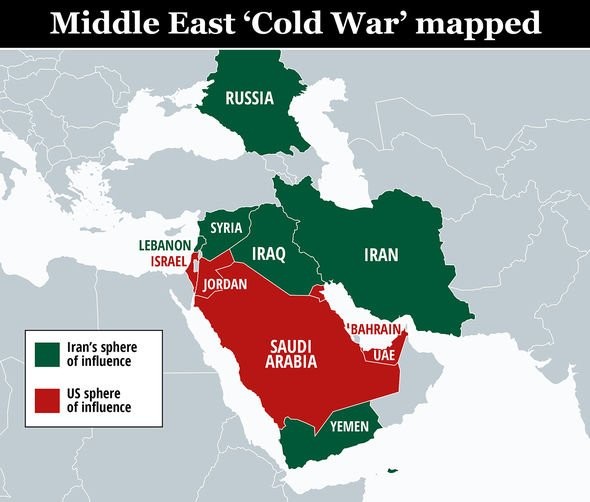 Figure 5: The “cold war” in the Middle East between the West and the East.

Global uncertainties and a weakening dollar will push more investors into Bitcoin as more people recognize it as a store of value similar to gold.  As an example, after Iran’s attack on US military bases in Iraq in response to the death of Iranian General Qasem Soleimani, Bitcoin rose 8% amid investor uncertainty.

The US and its western allies are losing ground in the Middle East to Iran, and it’s powerful allies—Russia and China.  The buying power of Western fiat currencies, predominately the US Dollar, will diminish as Western control of the global oil trade diminishes too.

Many people see Bitcoin as a crisis hedge, similar to gold.  Therefore, during uncertain times will invest more into it, thereby causing the demand price to increase too. 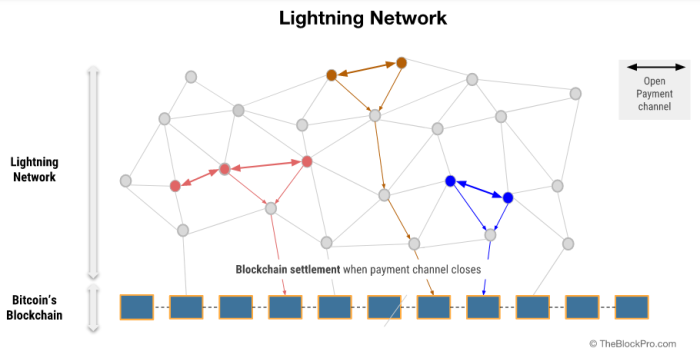 Figure 6: A graphical depiction of the lightning network.

Basically, the lightning network is another layer above the blockchain that allows transactions to settlement off-chain then later merged back into the main chain.  Not only will this technology allow many more transactions per second, but it will also significantly lower the transaction fees, thereby enabling Bitcoin and other cryptocurrencies to usage as a form of payment in shops, cafes, bars, and other typical venues. 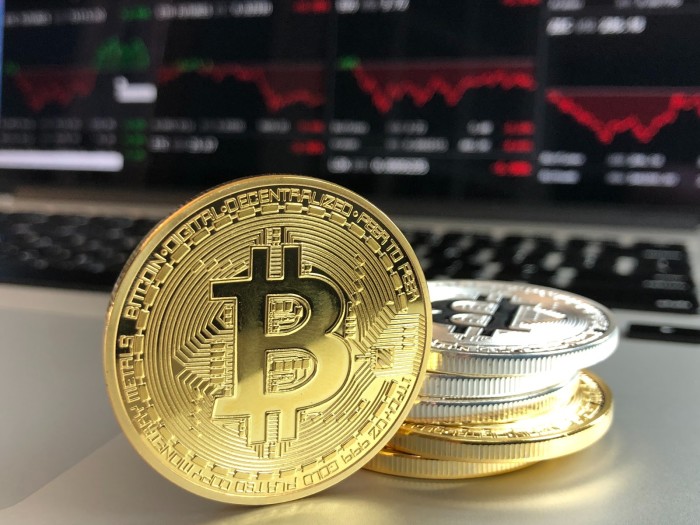 Figure 7: Many speculate Bitcoin and other cryptocurrencies ETFs soon.

An Exchange Traded Fund (ETF) is a type of fund that owns assets, which can be stocks, commodities, or futures, or possibly even cryptocurrency. However, the ownership divided into shares that trade on stock exchanges.

Many experts speculate that Bitcoin ETF approval in 2020 is highly likely.  The SEC recently approved its first ‘40 Act-approved Bitcoin fund in the form of the NYDIG Bitcoin Strategy Fund.  We already have futures and options trading.  The CME (Chicago Mercantile Exchange) also began offering Bitcoin options.  With a Bitcoin ETF, mainstream adoption will surely increase. 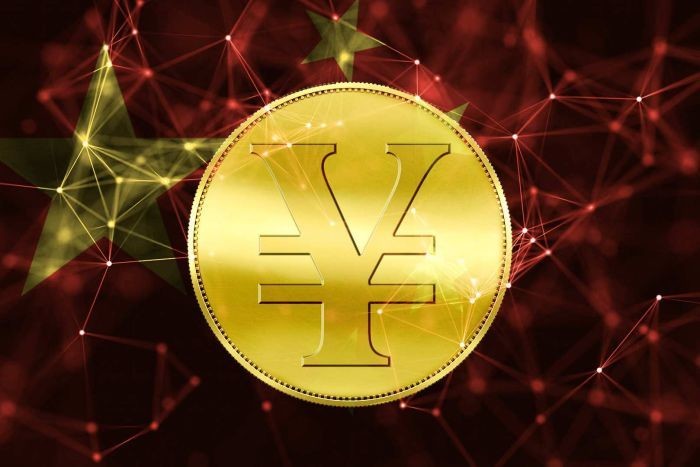 The US Federal Reserve Board recently revealed that it is working on a crypto-like project known as “central bank digital currency.”  China is taking the lead in the blockchain sector.  Many expect China’s e-yuan will roll out in early 2020, and it will be very cautious, initially only focusing on consumer spending.  The Chinese e-yuan will be the world’s first digital sovereign currency.

Many experts are comparing the current blockchain and cryptocurrency race between the US and China as similar to the space race from half a century ago. The world is in a rush to see who will be the first to gain the lead in the crypto space, with China currently being ahead of everyone else, especially the US.

Many institutions such as Bakkt, OKEx, FTX, and CME also are now supporting Bitcoin Futures and Options Trading.  Though they still have to open up to retail investors. 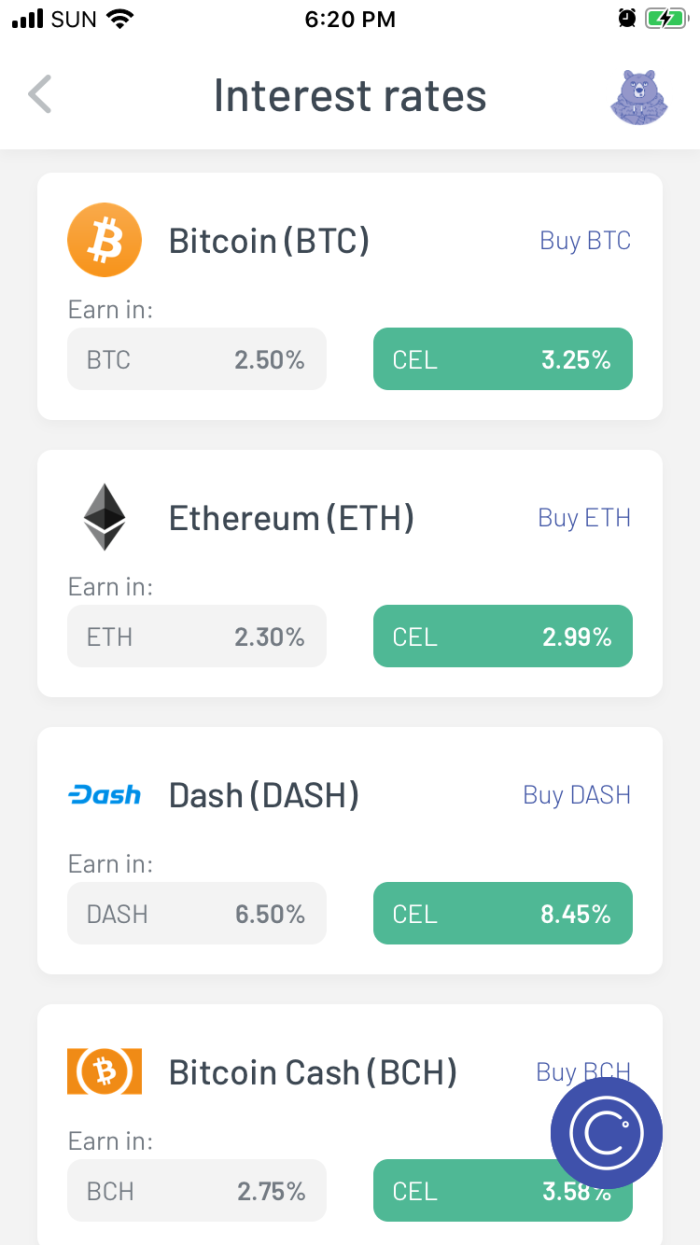 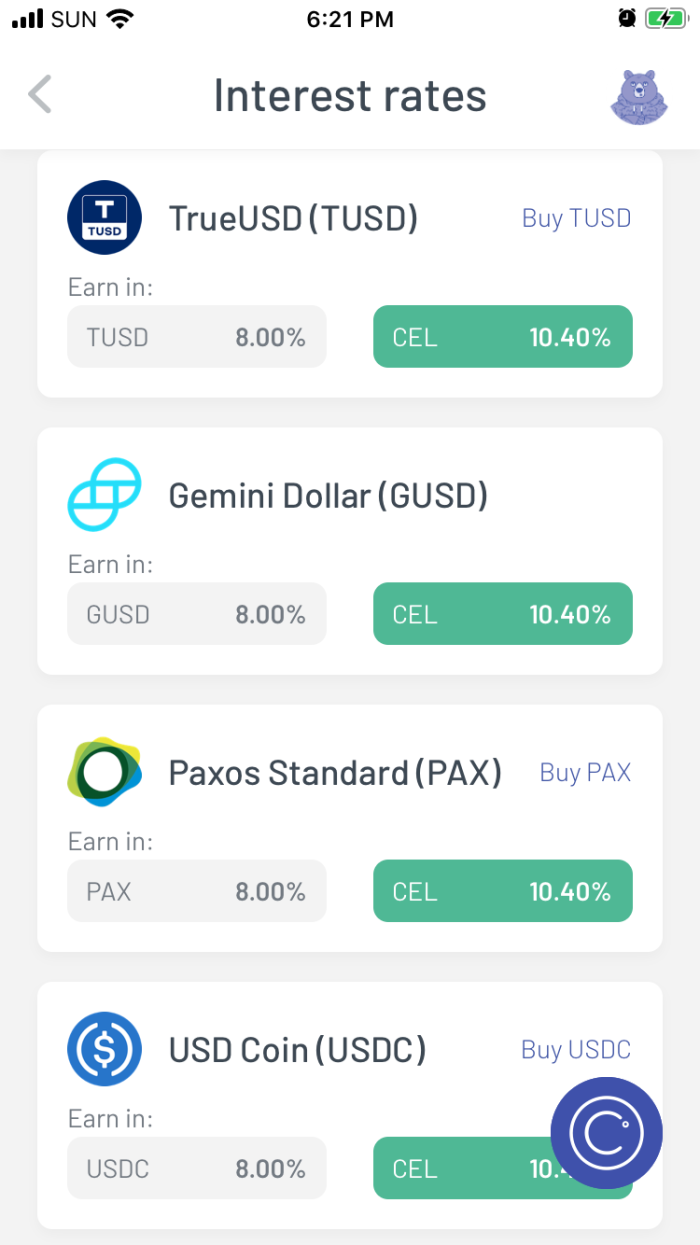 A decade of zero interest rate policies (ZERP) had led to low yields on your savings accounts and government bonds.  The interest you get by storing your money in your savings account doesn’t even make up for inflation.  People are looking to diversify their savings in higher-yielding vehicles such as cryptocurrencies. Many cryptocurrency-based mobile wallets act as a form of savings accounts for your crypto assets such as the Celsius, Monarch, and Uphold apps.  The highest yields for these crypto wallets are usually stable coins, pegged to fiat currencies such as USDT, TUSD, PAX, USDC, and others. 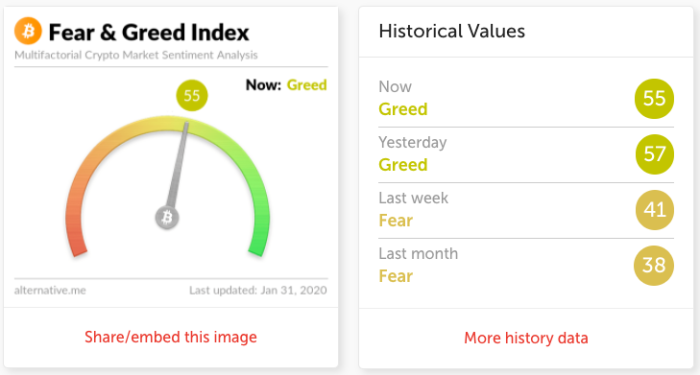 The cryptocurrency market behavior is very emotional. Thus, people tend to get greedy when the market is rising, which results in the fear of missing out (FOMO).  There is also panic selling when people often dump their coins in mass in an irrational reaction to seeing red numbers. This behavior is a reflection of basic human psychology, where people follow a “herd mind” mentality.

Since the current fear and greed index has recently switched to be more greedy, this indicates that we are currently in an accumulation phase and that prices will start to stabilize soon so that prices won’t go rise too much further.

I predict that 2020 will be a good year for Bitcoin and other cryptocurrencies.  After two long years in a bear market, prices will rise again to turn the crypto market to overall be more bullish.  However, I don’t expect all times highs whereby Bitcoin passes $20,000!  In my opinion, this will mostly occur in 2021, so I recommend people start to accumulate Bitcoin and other crypto-assets this year and hold for the long-term.